There are few things that go together better than independent film and small town Texas. Next weekend, the Hill Country Film Festival will bring the best of both worlds for a three-day independent film festival in the heart of Fredericksburg, Texas. As a fan of daytripping my way across the Lone Star Scene and catching indie flicks that are inaccessible via Netflix, three days of trading in the hustle & bustle for some eclectic R&R way out West sounds to me like a perfect way to celebrate Springtime in Texas. Amid this setting, HCFF presents a unique outlet for up-and-coming actors, producers, and writers to show their work nestled within Fredericksburg’s independent charm, which also includes some great shopping, art galleries, historical sites, restaurants, vineyards, and more as an added bonus. If you happen to make your way west for next weekend’s festivities, here are a few recommendations whether you’re interested in catching a film or just savoring the picturesque Hill Country.

Three Films to Check Out:

Set in Goliad County, this Texan comedy-horror zombie flick has been catching buzz at film festivals all around the world. The film satirizes both genres and follows four friends on a hunting-trip-gone-wrong in small town Texas. Think honky-tonk college version of Shaun of the Dead. It is currently nominated for Best Feature Film and Best Texas Film for the festival’s Closing Night Party & Awards.

This film won an Oscar for Best Live-Action Short Film back in February and received best-of awards at over twenty film festivals last year. Written and directed by Shawn Christensen (frontman of indie rock band Stellastarr*), Curfew tells the story of a depressed young man, played by Christensen, who is asked to take care of his young niece at the lowest point of his life. It’s simple, but guarantees to touch every little corner of your heart.

The Boy in the Bubble

Voiced by Alan Rickman and directed by Kealan O’Rourke, this animated short take viewers on a Burtonesque 3D journey as Rupert, a ten year old boy, falls hopelessly in love for the first time. When it all goes terribly wrong, he turns to a book of magic and invokes a spell to shield him from emotion forever. This film has been touring the festival circuit all year and won both the James Horgan Award for Best Animation and the Don Quijote Award for a Short Film at the this year’s Galway Film Fleadh. Plus, who doesn’t love Alan Rickman?!

If film isn’t your thing and you’re up for a weekend getaway in the Wine Country other than your token Enchanted Rock hike, our resident Community Relations/Texas History expert David Rockwood has supplied me with some hot spots that emanate with local flavor deep in the heart of Fredericksburg.

Three Things To Do in Fredericksburg: 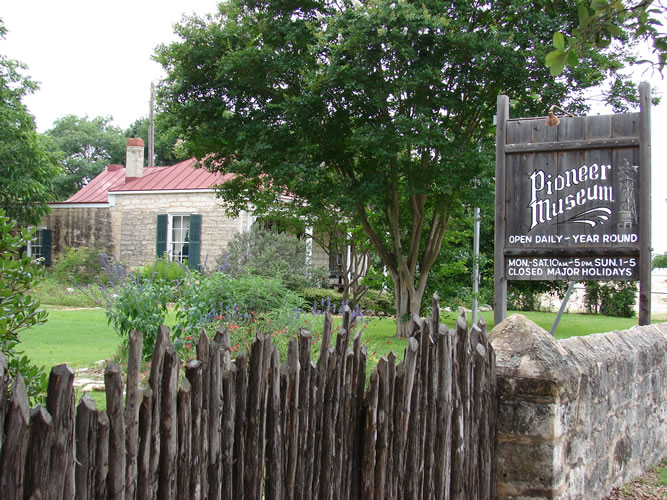 Wanna get a first-hand feel for the town’s rich German heritage? Here’s your chance. Tons of preserved German structures and artifacts dating back to the early 1800s occupy this 3.5-acre complex right off of Main Street. Living history reenactments, making your own ropes and eating fresh biscuits give you a (delicious) glimpse how the pioneers of Fredericksburg lived.

As I mentioned before, Fredericksburg TX is Wine Country, folks. Nestled along the Texas Wine Country Trail, Fredericksburg Winery has an expansive selection of Texas wines and and offers personalized wine tastings throughout the week. Great way to nourish your palate after sampling all the German noms or to kick-start a self-guided Texas vineyards tour. Included as a part of the National Museum of the Pacific War, this centerpiece explores the rich history of World War II inside its Pacific Theatre along with the life of U.S. Navy Fleet Admiral Chester W. Nimitz. Expect to spend several hours here if you’ve got the time, because this is no short tour. The size alone on Fredericksburg’s Main Street belies just how much there is to the museum and museum grounds.

The Hill Country Film Festival runs May 2nd – 5th and the winery and exhibits are open year-round. Now go enjoy the best of the West! Readers: What are your favorite things to do in Fredericksburg?