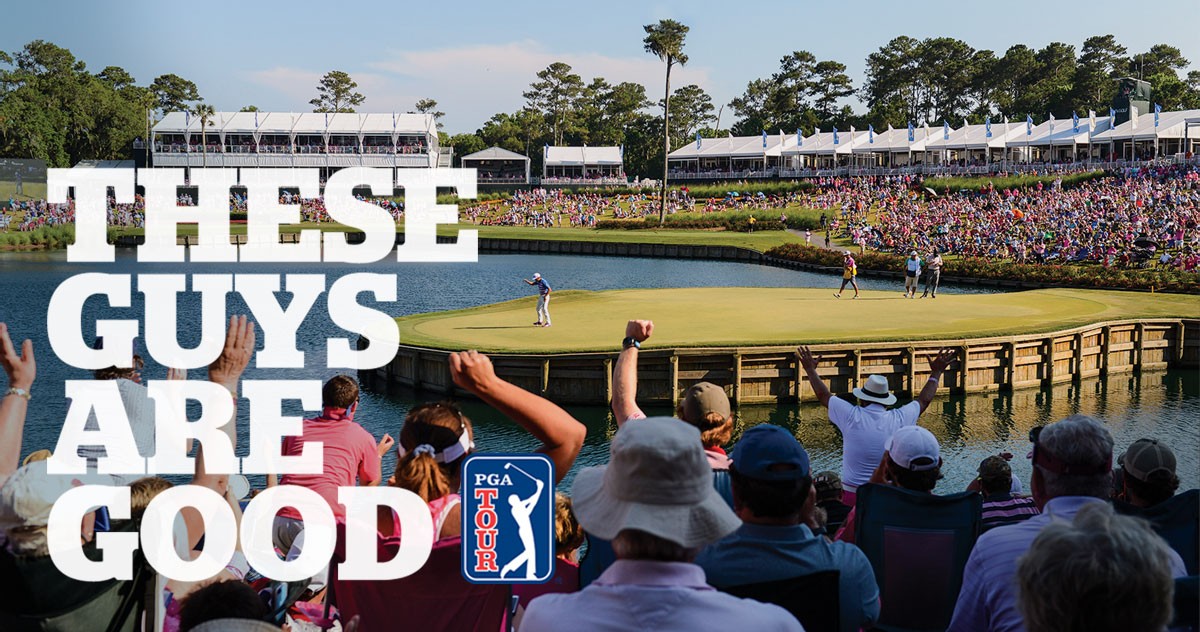 The longest-running tagline in sports

The PGA TOUR is where the best golfers in the world compete. And no other sports league gives back to local charities more than this one. So in 1998, to tell the world just how incredible these athletes truly are, we introduced the tagline, “These Guys are Good.” Almost three decades later, even though the names on the leaderboard have changed, it remains the longest-running and most recognizable tagline in all of sports. And it’s truer than ever.

By applying “These Guys are Good.” to a new breed of player that was beginning to emerge on Tour, we increased viewership by 22% and drove over 36 million fans to PGATOUR.COM and other platforms.

The PGA TOUR may be the pinnacle of golf, but it’s only part of story that we get to tell every day. The TOUR oversees other leagues and properties that we are responsible for sharing with the rest of the world.

ON TOUR FOR OVER 20 YEARS

Whether it was promoting the Tour or launching the new FedExCup Playoffs, we’ve created many memorable moments over the years. But the one thing they all had in common were the players.