Well, at least that’s how I feel after this past weekend’s Gypsy Picnic. Over 30 local food trucks gathered on Auditorium Shores to sling food out of air stream trailers to the people of Austin — everything from pork belly tacos to cake balls to craft beer.

This year, they spread things out over a much larger area which created less waiting in lines and more stuffing your face. There was also live music from bands like The Alabama Shakes and Delta Spirit. With all of the food trucks gathered in one place, foodies were able to sample some of the many great food trucks of the city.

The highlight for me would have to be Gourdough’s Son of a Peach Donut: A perfectly baked donut covered in peach glaze, cream cheese frosting, cinnamon, sugar and topped with sprinkles of cake mix. I had tried Gourdough’s before, but a donut like this is worthy of a festival unto itself. I also got to check out Banarchy, which was a big moment for the Arrested Development fan in me. This is like a 90210 fan getting to see The Peach Pit in person.

There’s always money in the banana stand…and food trucks for that matter. I’m just thankful we have at least one day a year to celebrate them. 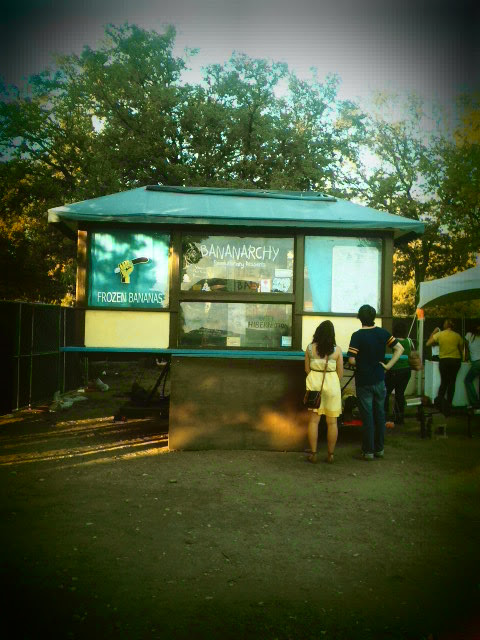