To celebrate Hispanic Heritage Month, our Hispanic/Latinx affinity group, GSDyM, has put together a list of recommendations ranging from hit Netflix shows in Spanish that have become internationally successful to works of literature to authentic places to shop/eat. There is an abundance of Hispanic talent out there…. Please enjoy our recommendations to help support the Hispanic community as you become inspired by our beautiful culture.

We created a selection based on our favorite award-winning movies and some “classics.” Some of these movies are great for learning Spanish. If the Spanish is too quick for you, we recommend using subtitles to follow along, or simply watch in English and know that you are supporting Hispanic filmmakers. Grab some Takis con salsa and hit play. Netflix and other streaming platforms are doing a great job bringing Spanish-language shows to the U.S. AND making them international hits. Here is our list of must-see TV shows: 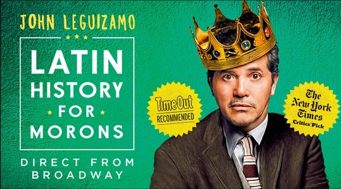 Book-lovers, check out these must-read titles in English or Spanish! Whether you enjoy music for dancing, relaxing, inspiration or nostalgia, these bands and albums have you covered! Hungry? Restaurants are slowly starting to open back up, but there’s always “para llevar.” Gift-giving season is right around the corner!