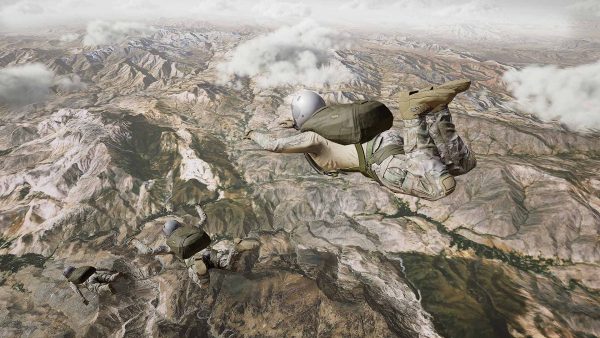 The U.S. Air Force—in collaboration with PlayStation and 17-year creative partner, GSD&M—has launched a first-of-its-kind experience, Air Force Special Ops Nightfall. The partnership marks the first time PlayStation® has ever co-produced a virtual reality experience with a brand. An extension of the “We Need People Who Can Do This” campaign—a way to elevate the Air Force’s highly qualified special forces team—Air Force Special Ops Nightfall is a fully immersive VR experience that puts gamers in the environment of Special Operations Airmen to face the daily challenges of the job.

“As the most tech-driven branch in the military, the Air Force seeks digital-first, solution-driven candidates to join its team,” said Timothy Hanson, chief of strategic marketing, U.S. Air Force. “In order to target this unique population, the U.S. Air Force evolved “We Need People Who Can Do This” into an environment fit for gaming, offering mental strength challenges in a fast-paced, rigorous setting.”

In the most immersive digital experience the U.S. Air Force has ever launched, players realistically assume the role of a Special Operations Airman. From feeling the exhilaration of a H.A.L.O. (High Altitude Low Opening) free fall to entering “Jump School,” learning to use vital equipment and master required skills such as parachute control and night landing, Air Force Special Ops Nightfall is both tangible and educational. At training completion, gamers’ skills are put to the ultimate test in a fully simulated mission, reinforcing the experience required to excel in Special Operations. Once the game and challenges are complete, players are directed to AirForce.com to learn about how the challenges transfer to careers with Special Operations.

The immersive nature of Air Force Special Ops Nightfall gives the gaming audience a tangible understanding of the daily life of a Special Ops Airman, inspiring them to consider the potential career path.

“Gamers are innate problem solvers in high-pressure situations, making them the target audience for the most technologically advanced brand in the world, the U.S. Air Force,” said Jay Russell, chief creative officer, GSD&M. “To capture this audience and raise awareness of Special Operations as a career path, we had to meet them on their turf and give them an experience worth playing—one that requires a unique skillset, and is as immersive as it is challenging and intelligent.”

About the United States Air Force
The mission of the United States Air Force is to fly, fight and win in air, space and cyberspace. For 2017, the Air Force Recruiting Service is hiring over 31,000 new Airmen. An emphasis is on recruiting people with no prior military service into one of over 130 enlisted career opportunities. The Air Force recruits to retain, so we recruit the brightest candidates possible, then provide them with tough, highly technical training that gives them the right skills to sustain the combat capability of America’s Air Force. For more information about Air Force benefits and opportunities, go to www.airforce.com.

Founded in 1971, GSD&M is a creatively-driven, full-service agency headquartered in Austin, Texas, that believes when you pay the price to understand the problem and apply that insight to solve courageously, the reward is ideas that make a difference. With a restless culture and purpose as a guiding force, GSD&M builds brands with a fully integrated creative, media and analytics approach. For more information, visit GSDM.com.